by Rishi Raj
in News & Gossip
0

To say Sridevi was a legend would be an understatement. There have been many stars who have had a lasting impact on Indian cinema, but few have achieved the iconic status that Sridevi has. She began her career as a child actor at the age of four and has since worked in Bollywood and the South Indian film industries.

Himmatwala (1983) was her first commercial hit, and she rose to fame quickly. After a string of hits and awards, the actress was dubbed Bollywood’s first female superstar. The actress died in 2018, a loss that her loved ones and fans are still mourning. She has left a film legacy for the next generation of actors to emulate, including her daughters Janhvi and Khushi Kapoor. On the occasion of the late Sridevi’s birthday, we look at 5 Sridevi remakes we’d like to see Janhvi Kapoor in. 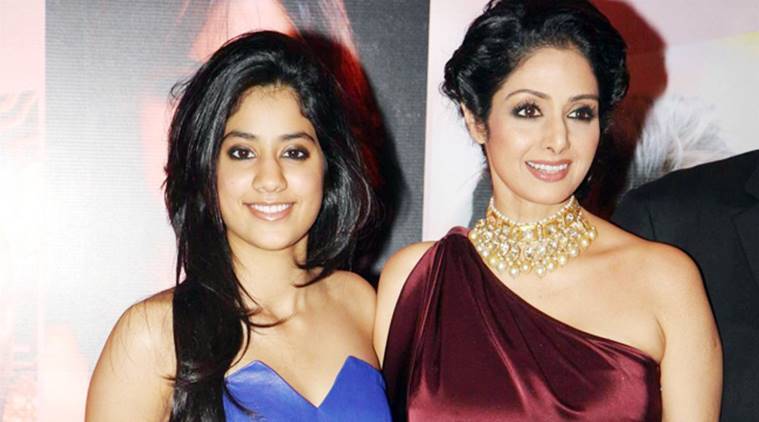 Mr. India was a seminal entry into the science-fiction genre. The film, starring Anil Kapoor and Sridevi, was a box office success, and the late actress played a significant role in its success. The actress played Seema Sohni, a captivating journalist, opposite Anil Kapoor’s Arun Verma. Among the many memorable parts of the film, Sridevi’s performance of the song Hawa Hawai became one of the reasons for the film’s success. It was also one of the highest-grossing films of 1987. While a Mr. India remake would be entertaining in and of itself, it will be interesting to see Janhvi Kapoor take on the role. The actress has previously worked in a film that relies on special effects, most recently in Roohi.

Sadma is possibly Sridevi’s best performance. The Balu Mahendra-directed film is an emotional roller coaster, with the actress successfully tugging at the audience’s heartstrings. She was convincing as Reshmi, a young woman with retrograde amnesia following a traumatic car accident. She thinks and acts like an eight-year-old because of her condition. Sridevi delivered an outstanding performance. The film debuted to mediocre box office results in 1983, but it quickly became a cult favourite. Janhvi Kapoor would be a great fit for the role. In fact, in an interview with a leading news website, the Dhadak actress revealed that she would love to star in a Sadma remake because the film made her cry.

Chandni was one of the few heroine-centric films released in the 1980s. Yash Chopra directed the romantic drama, which starred Sridevi, Rishi Kapoor, and Vinod Khanna. While the film had a star-studded cast, it was essentially a Sridevi show. It was difficult to look away from the actress as Chandni because she was so graceful and beautiful. In fact, her appearance in the film quickly became an obsession for her. Janhvi Kapoor taking on an iconic role like Chandni and giving it her own spin would be interesting.

Sridevi’s acting abilities are on full display in this film. The actress took on the dual roles of twin sisters Anju and Manju in the film. One was a shy character, while the other was outgoing. They were polar opposites, but the actress handled both roles with ease. Her performance earned her a Filmfare Award for Best Actress. Janhvi Kapoor has only a few films under her belt, but between Ghost Stories and Good Luck Jerry, she has already explored quite a range, so it would be interesting to see her take on a double role at some point in her career.

Sridevi’s Himmatwala is frequently cited as the film that established Sridevi as a mainstream heroine. The film, which was released in 1983, was a huge success. It starred Jeetendra and Sridevi. It was also the beginning of Jeentendra and Sridevi’s successful collaboration. Apart from establishing an iconic pairing, the film also gave Sridevi the opportunity to showcase her dancing abilities. And she was truly one of the best dancers, as evidenced by her appearances in numerous films over the years.

Janhvi Kapoor, like her mother, is an incredible dancer, whether in films or on social media. She never fails to dazzle. Aside from playing her mother’s roles, it would be entertaining to watch her recreate some dance numbers.